Martinsburg, WV recognized, as the “fastest growing City in the State” is also known as the “Gateway to the Shenandoah Valley.” Serving as the county seat to Berkeley County, Martinsburg is located in the heart of the Eastern Panhandle. Due to its proximity to Washington, D.C. and Baltimore, MD metropolitan areas, it is experiencing economic growth.

If living in or starting a business in a fast-growing city with lots of activities appeals to you, then contact a Coldwell Banker Innovations Realtor to help you find houses, land and/or commercial real estate for sale in Martinsburg, WV. We can also assist you in finding a foreclosure in Martinsburg if that is what you’re searching for. 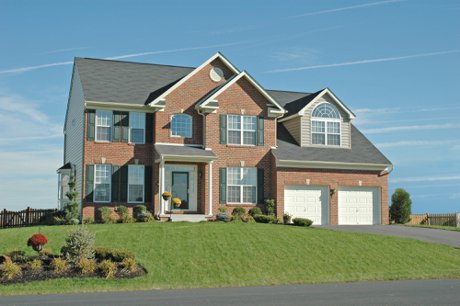 There are several new home communities featuring single-family homes for sale in Martinsburg, WV. Panhandle Homes offers homes in Bridle Creek from the upper $180’s on ¼ acre lots with public water and sewer. Ryan Homes is offering single-family homes in 3 communities in Martinsburg. If you are currently renting and looking to purchase a new single-family home, then Arcadia Springs or Stonecrest are the communities for you. Arcadia Springs’ homes are priced from the mid $170’s and homes in Stonecrest are priced from the upper $150’s. If you are interested in a new townhome, Dan Ryan Builders is offering townhomes from the mid $100’s at Manor Park.

In 1778 during the American Revolutionary War, Martinsburg was a settlement founded by General Adam Stephen on the upper Potomac River. It was named in honor of Colonel Thomas Bryan Martin, a nephew of Thomas Fairfax, 6th Lord Fairfax of Cameron.

Built in 1745, the oldest house in the city is Aspen Hall a Georgian mansion. The wealthy residents of Aspen Hall had key roles in agricultural, religious, transportation, and political history of the region. Significant war related events took place of the property.

In 1792, the first United States post office was established in Martinsburg. During that time Martinsburg was still part of Virginia. In 1842, the Baltimore and Ohio Railroad (B&O) reached Martinsburg.

During the Civil War, most of the residents supported the Union and voted to separate from Virginia. During the war, the new state was admitted to the Union. In March 1868, the city of Martinsburg was incorporated by an act of the new West Virginia Legislature.

Come and see the BEAUTIFULLY DONE renovation of this 2 bedroom/2 full bath cape on Apple Harvest Drive near Back Creek Valley! Virtually EVERYTHING is new in this spaciou...

WHAT YOU HAVE ASK FOR--RANCHER IN GREAT LOCATION SPRING MILLS- SPLIT LIVING DESIGN-3 BEDROOMS WITH MAST ON EAST SIDE WITH WALK IN CLOSET-FULL BATH WITH WALK IN SHOWER-AN ... 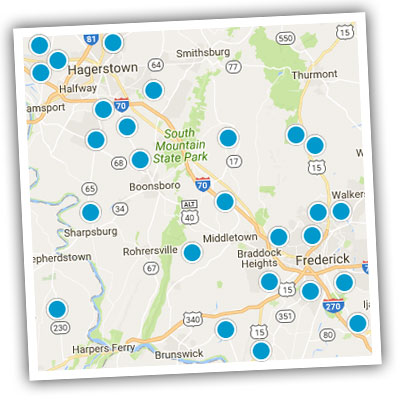 Popular Areas In Your Community

Looking for the perfect home in the perfect place? Chances are you'll want to check here first.