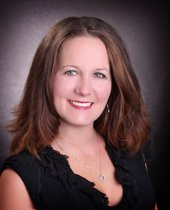 Tabitha is licensed and actively sells real estate in Maryland, Pennsylvania and West Virginia.  She found her career home with Coldwell Banker Innovations.  Tabitha believes everyone should have a home and a career home as part of their life.  Tabitha worked hard to earn the prestigious Graduate REALTOR Institute (GRI)designation in 2005.  In 2010, she earned the Certified Distressed Property Expert (CDPE) Designation.  Tabitha as won numerous career awards for top sales but not limited to Coldwell Banker's International Sterling Award and top sales for various months.  Tabitha was nominated as Washington County's Business Person of the Year, 2013 and 2014.  Additionally Tabitha was nominated for Top Agent Magazine in 2013, 2014, 2015 and 2016.  Tabitha Witmer was recognized on the Hagerstown Hot List 2014, 20156; and Herald-Mail Reader's Choice 2015.

Tabitha served as the Vice President of the BNI Gain Changers, a business networking and referral group in Hagerstown, MD.  She has been a member for 6+ years.

Tabitha takes pride in developing and maintaining long-term relationships with her clients.  The majority of Tabitha's business comes from referrals from happy and past clients. This speaks volumes about the outstanding level of service you will experience!

Tabitha believes in Real Estate.  She is an active landlord and real estate investor.  Her personal experience has been benefited new and experienced investors.

Tabitha was born and raised in Washington County, MD.  She has resided in Clear Spring, Fairplay, Hagerstown, and Williamsport, MD.  She relocated to Greencastle with her husband and son in 2008.

Prestine condition tucked in the back of Nottingham Meadows. This property offers premium views of the country and mountains while having easy access to I-81 & US11. Up...